Lahore International Children’s Film Festival, a project of The Little Art, has been bringing some of the world’s best films, made for, by and about children and youth to Pakistan since 2007. The Festival has been pivotal to entertain, inspire and educate thousands of children in several cities across Pakistan.

The Little Art is a non-profit arts education Organization that uses the medium of art to promote social values among children and young adults in Pakistan and empowering them on various social issues.

International Children’s Film Festival took place in Lahore and Karachi this year. The festival in Lahore was organized in collaboration with the Cinepax Cinemas who were also The Little Art’s collaborating partners in Karachi along with Teachers Resource Center and nurtured 11,500 children and young adults including teacher and parents. Whereas, the work for other chapters of International Children’s Film Festival is still under way.

Let’s entertain, inspire and educate!
The festival in Karachi took place from 30th October till 7th November whereas in Lahore it was from 21st November till 25th. This year The Little Art received a total number of 2734 Films (both National and International) from 111 countries, out of which we selected world’s best 111 films from 34 different Countries in 19 Languages.
The six day long Festival was divided into 3 Different shows according to the age group of the Kids. Selecting a suitable film for one of the largest International Children’s film festival for the kids of the various kinds is definitely a demanding and sleep-depriving task. We received a heartwarming response from film- makers and the audience that the festival team had to extend the festival for 2 more days in Karachi whereas Lahore has demanded for another round of screenings early next year.
These diverse range of films, that included all genres like animation, fiction, short and feature films, documentaries revolved around issues related to education, creativity, relationships, values, dreams, our environment etc and with a selection of films made by children themselves and even films made by young children of Pakistan. 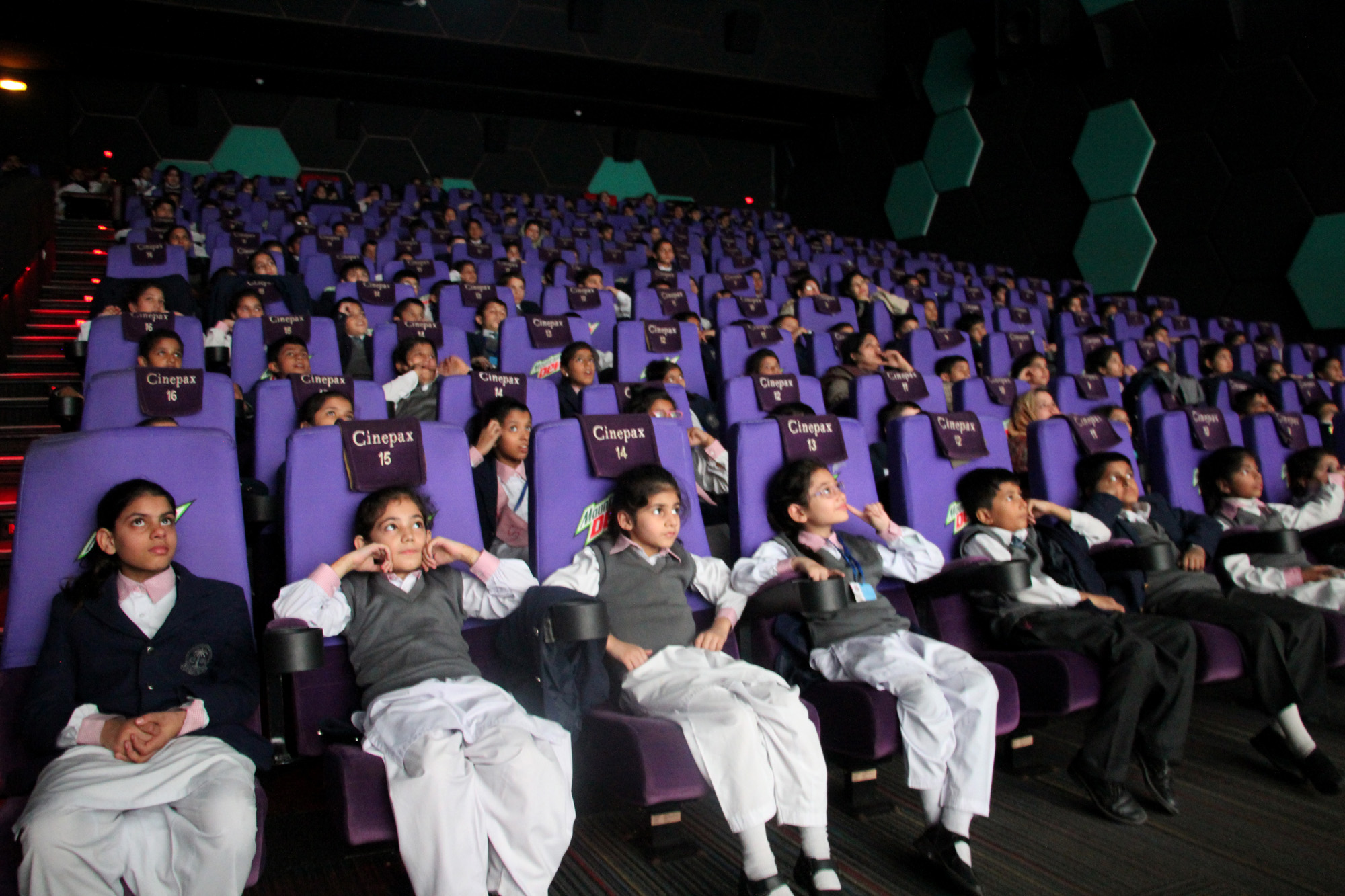 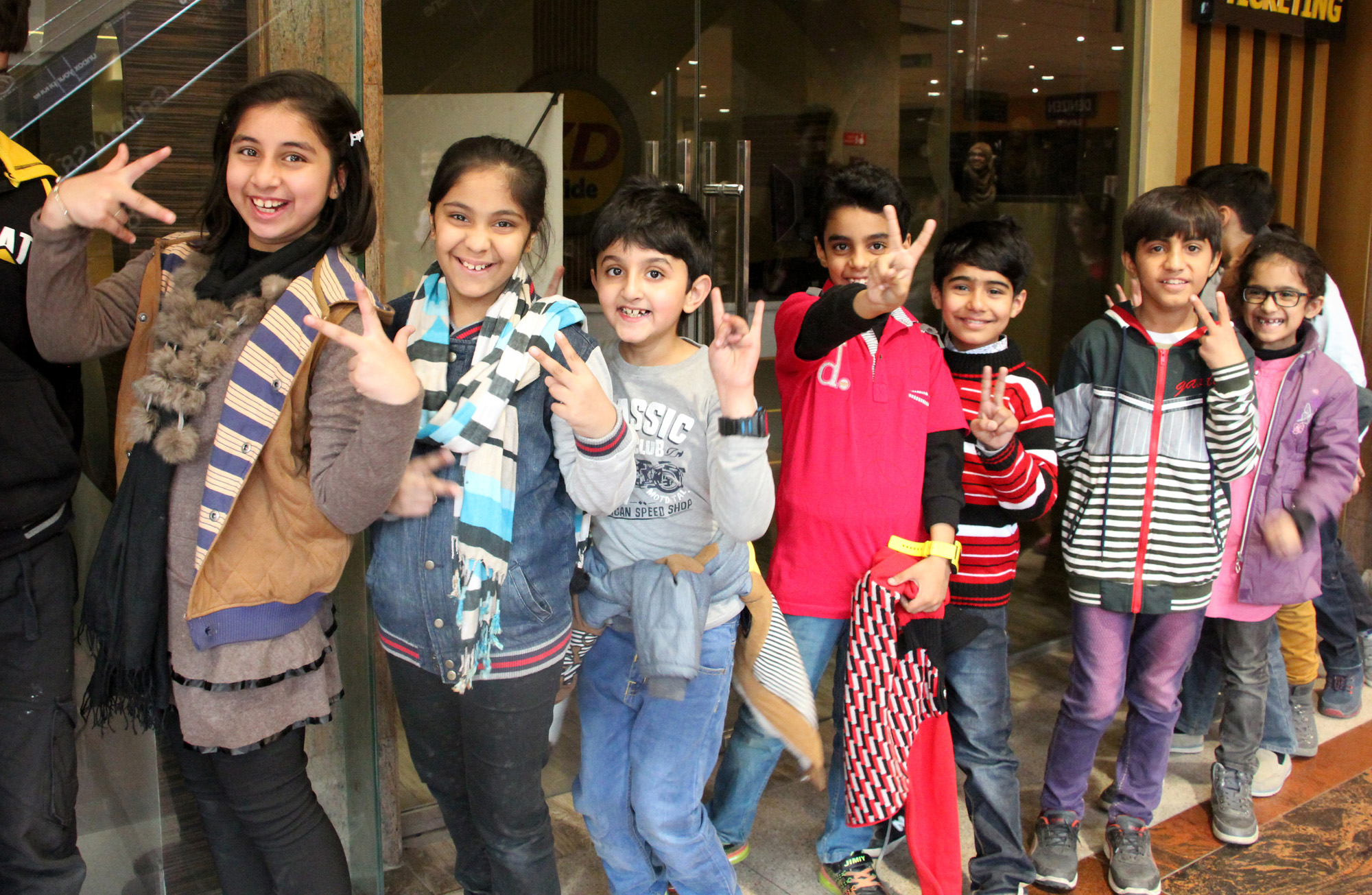 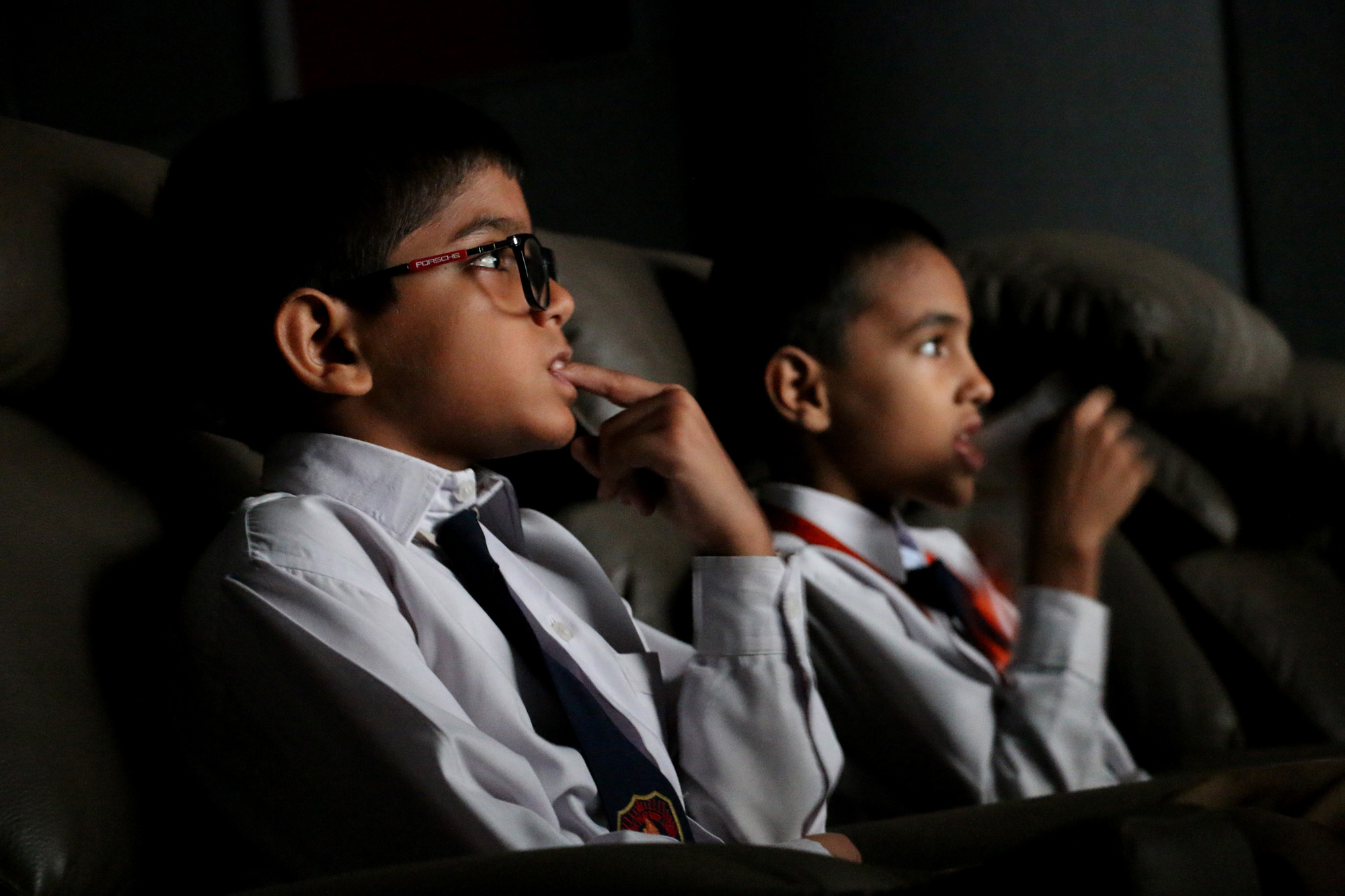 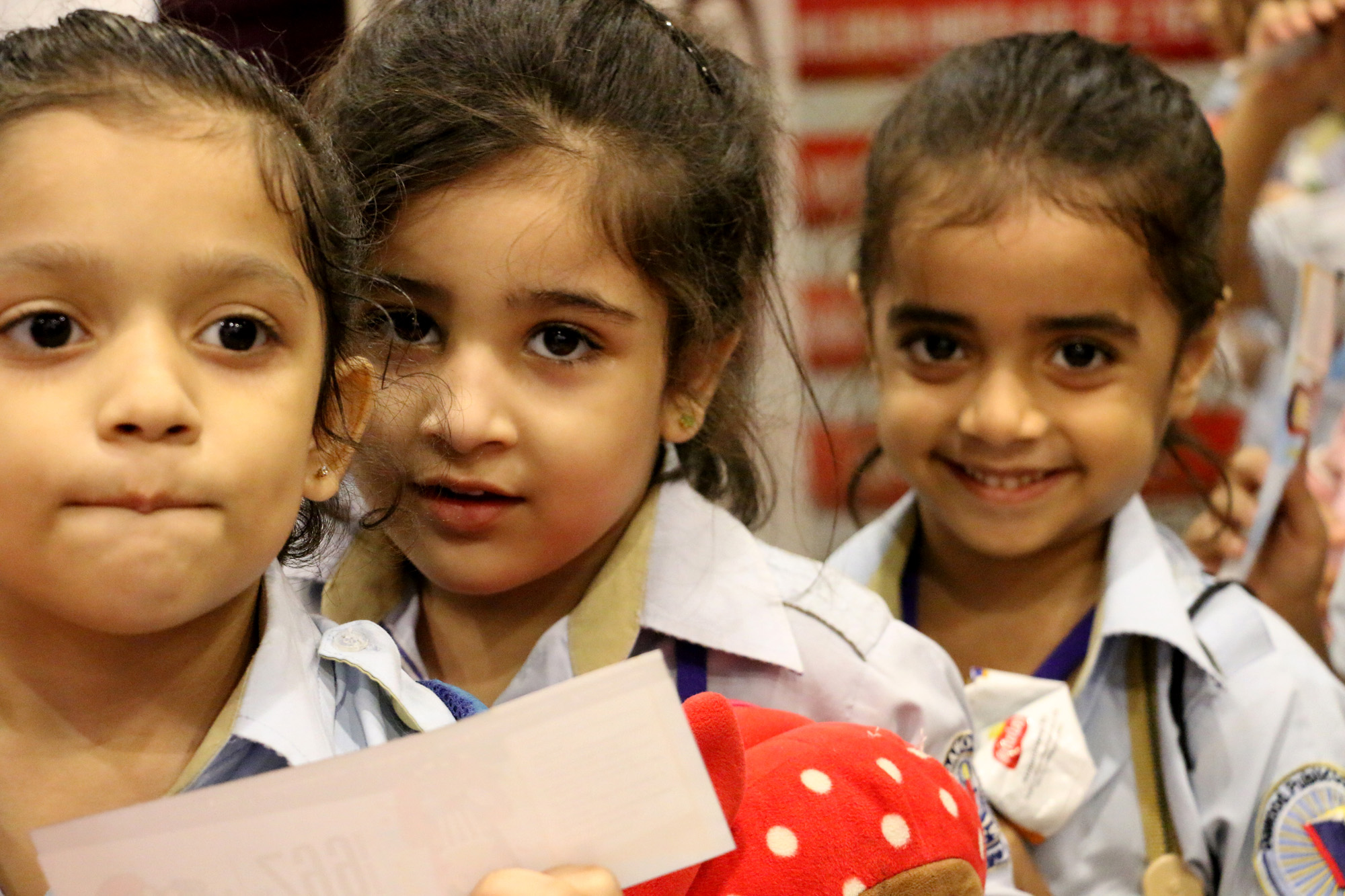 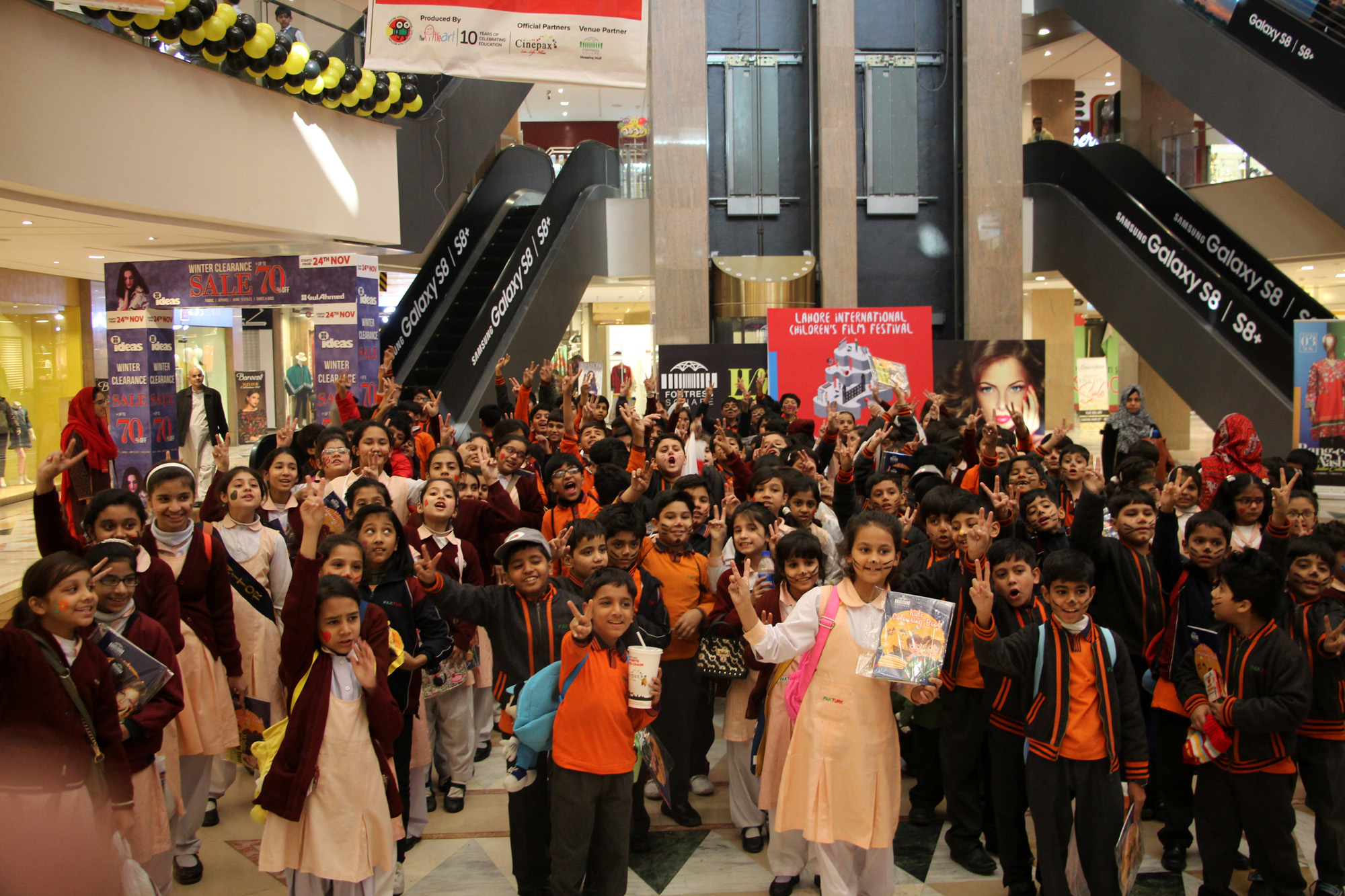 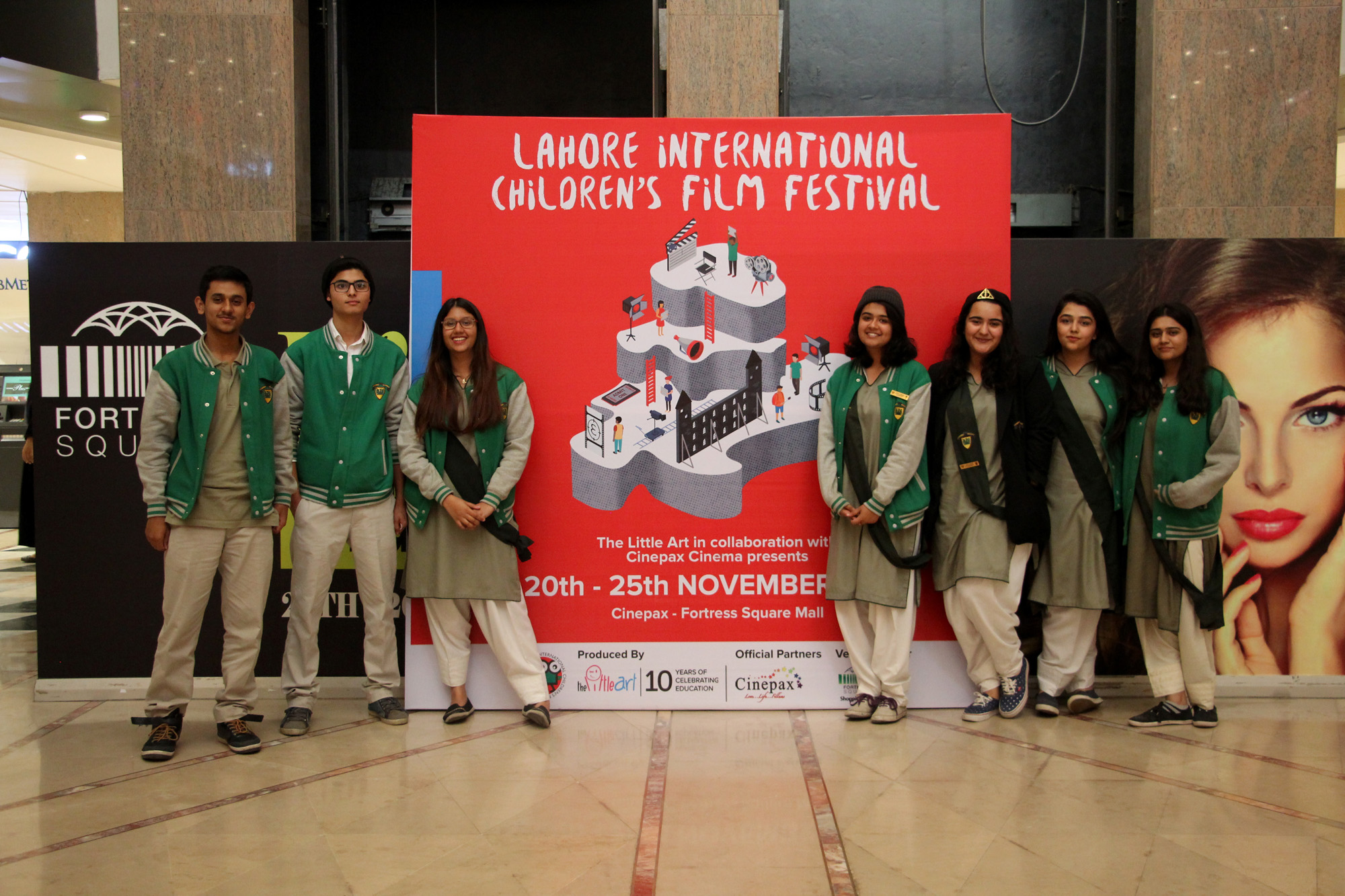 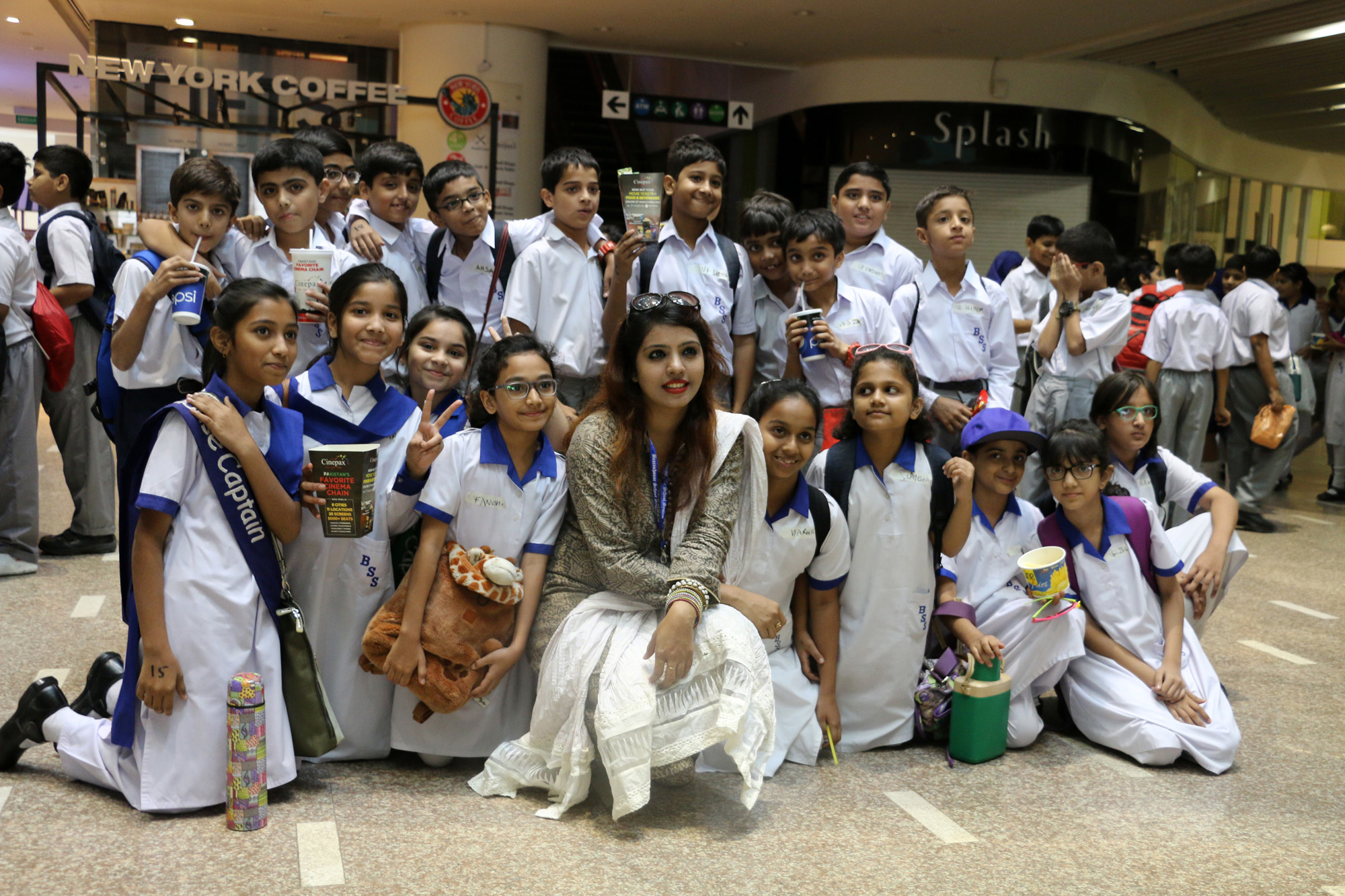 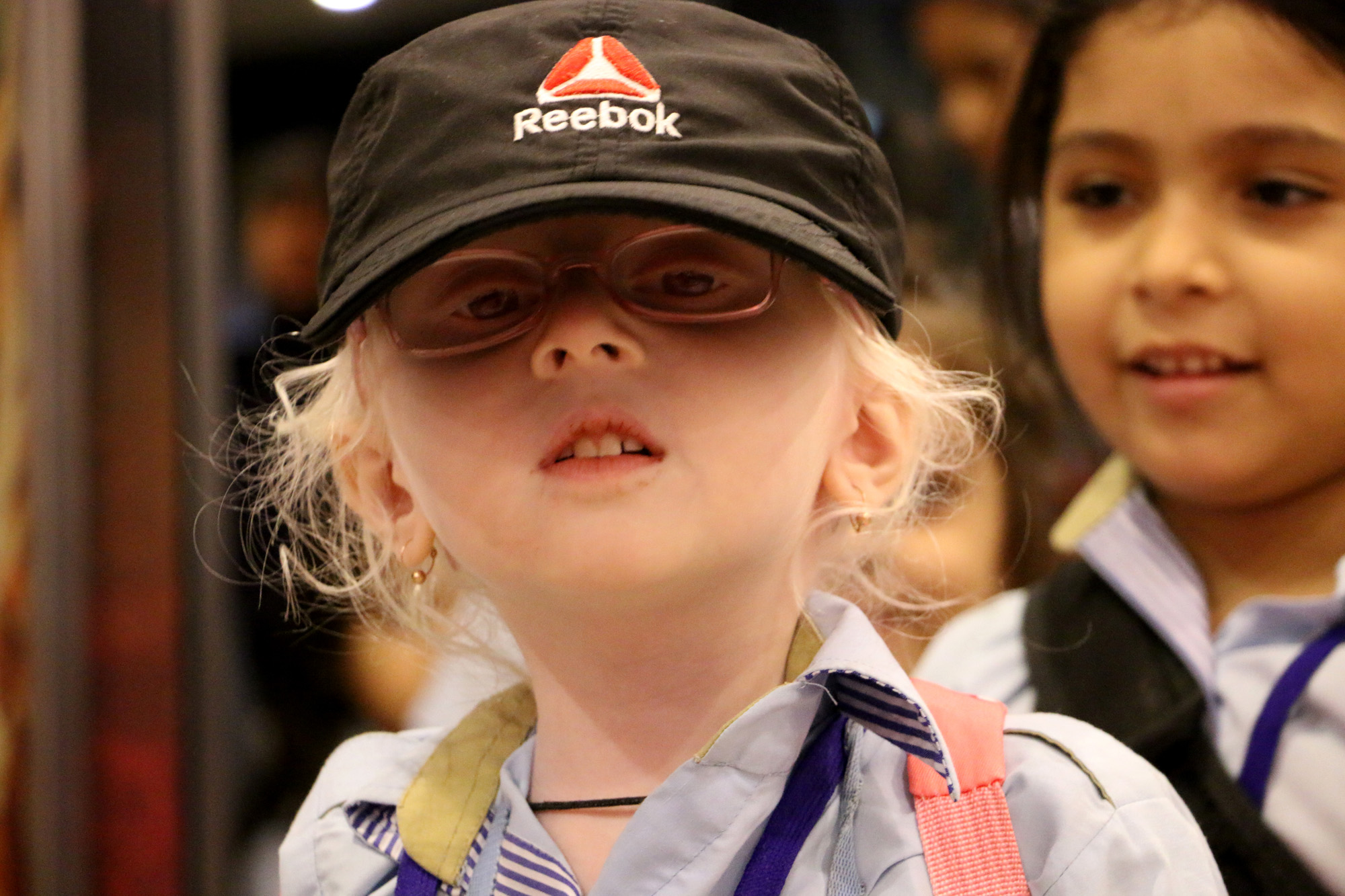 “We watched some eight films today but the one that is going to stay with me is The School Bag,” said Zainab Ishaq, a class five student of Ali Model English School.
The event exhibited life and various issues through amazing films for the young audience, professionals and film students to be enjoyed and cherished. This Festival effectively nurtured the concept of teaching children through one of the most powerful medium and delivered a bouquet of entertaining yet conceptual films for children to enjoy as well as to learn from.
The festival is based on simple story telling through visuals, but the effectiveness was visible in the screening room, for instance, the children laughed their hearts out and could relate to the characters.
“Even though many of the films were not in Urdu or English, the children still understood them well as they could follow the story through visuals. The impact of the visuals was so strong that they could get the gist of message given in the movie very easily,” said Sundas Saif, a young volunteer, who said she herself enjoyed an animated film. 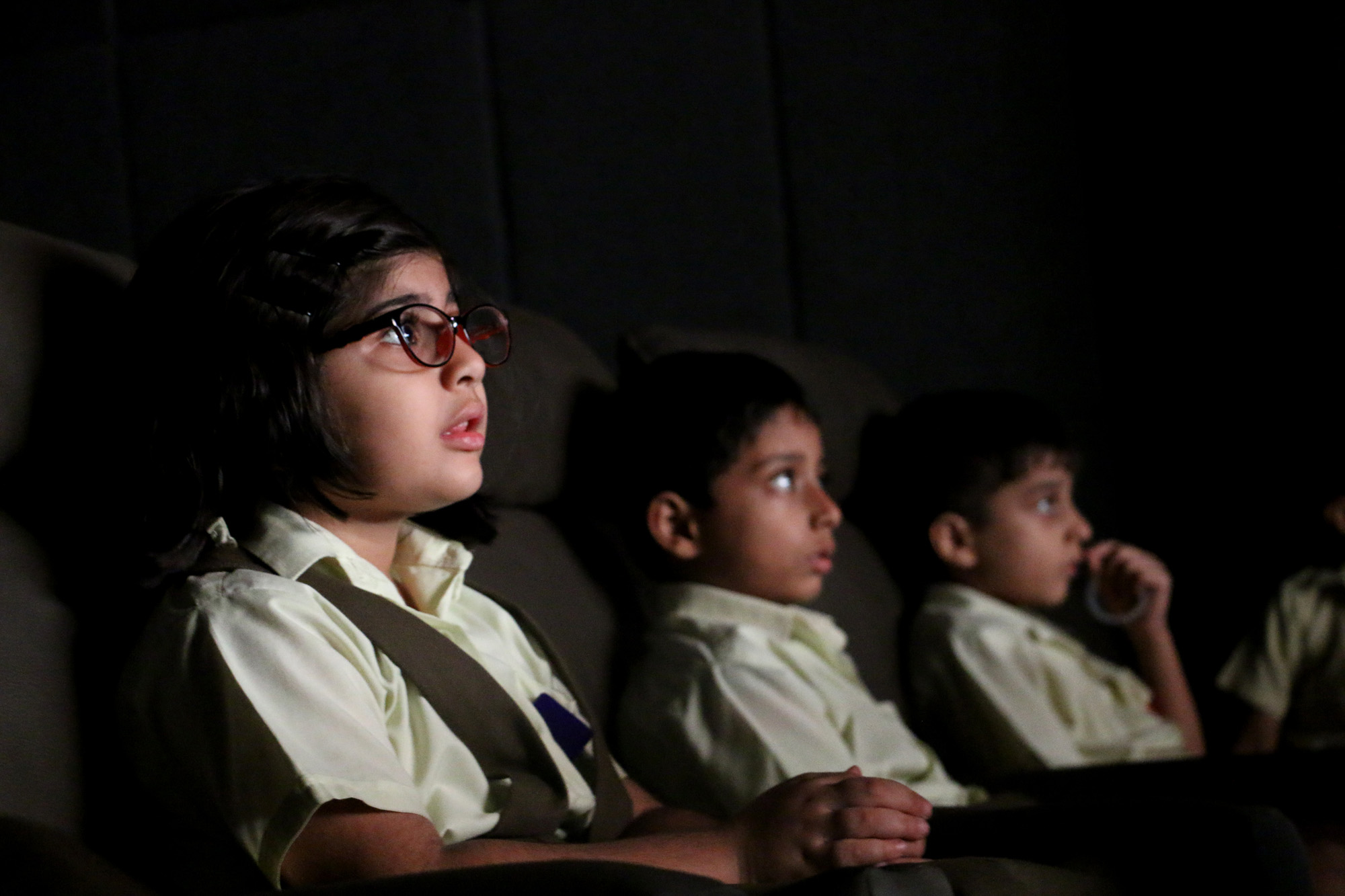 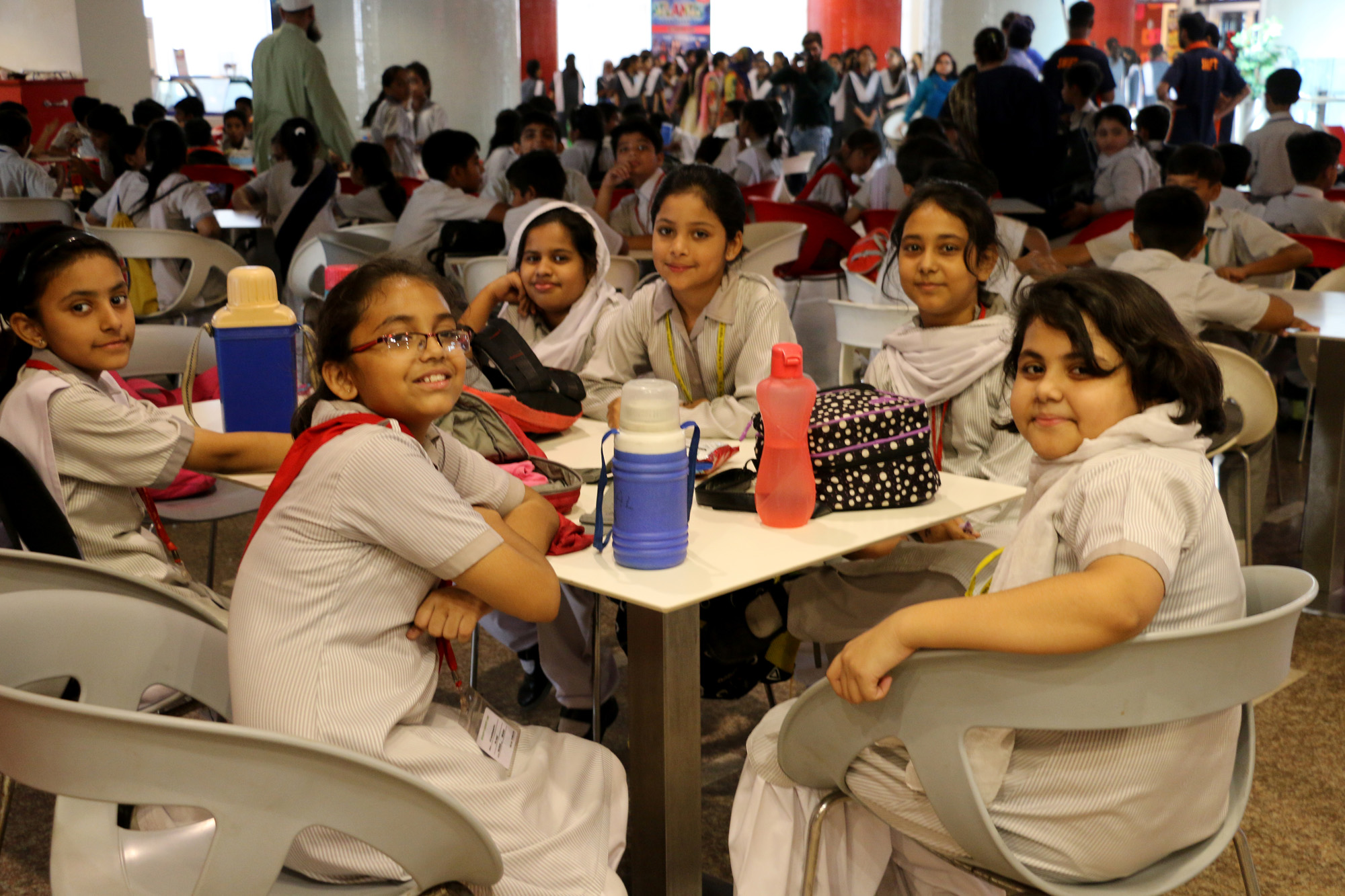 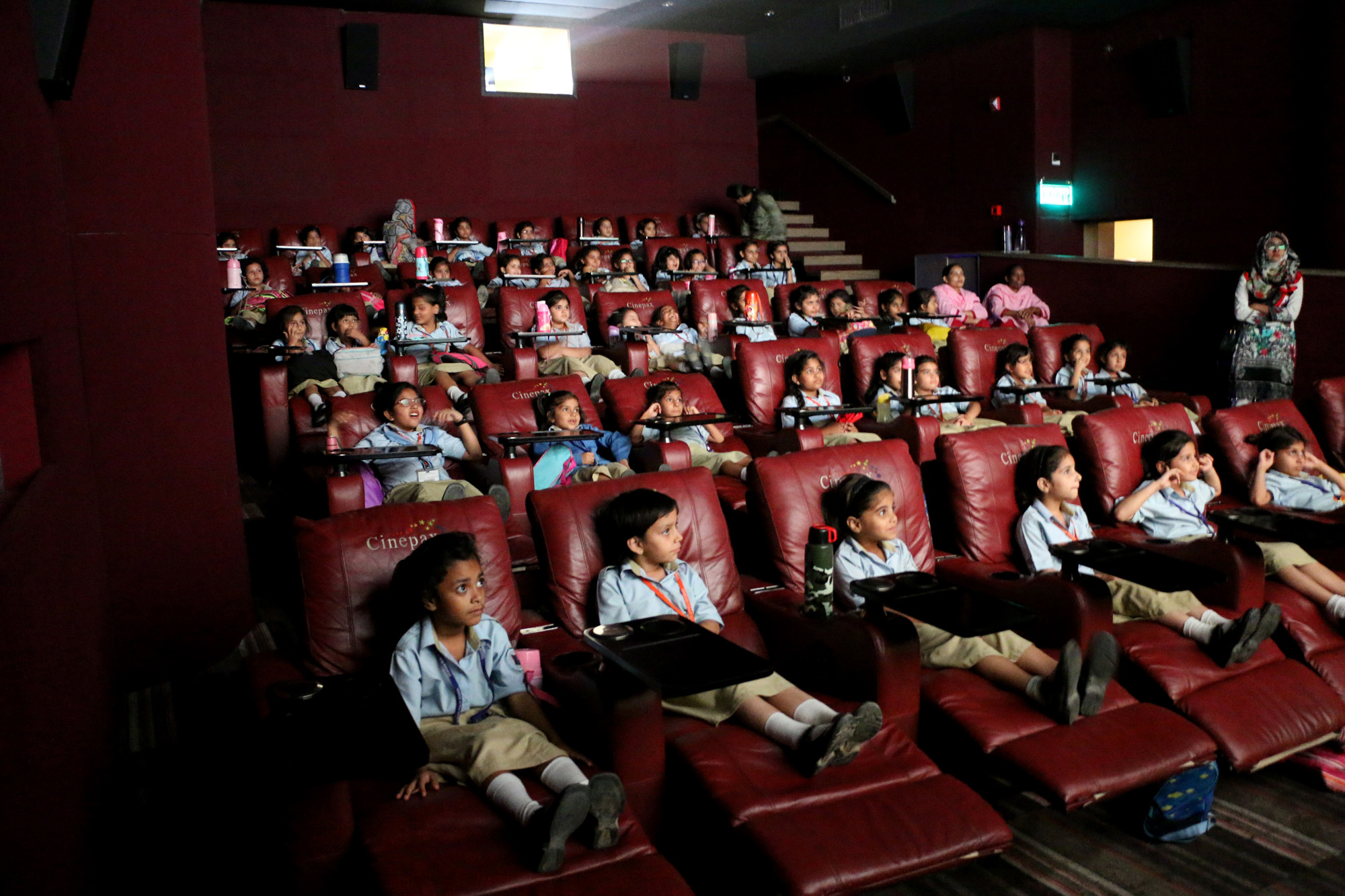 Azra Kamran, a teacher of O level from Links School, shared that her students didn’t really know what to expect when coming to the mall. “They had an idea of a different kind of cinema, and we, their teachers, also couldn’t tell them much until we saw for ourselves what these films in the festival were all about,” she said. “But now that I know, I think it is a fine way of helping the younger lot to learn about different countries, their values and customs.”
The Festival gives us another medium of learning that can be employed to keep our children engaged. The fact is that the children of Pakistan, many of whom do not even attend schools, need more than just schools. They need our attention. Putting them in a classroom is not enough. The fact is that our children are more astute and emotionally evolved than most other kids. They’re maturing in a region that is overwhelmingly troubled, therefore they require special attention. There is a dire need for us to engage in meaningful discourse on children that extends beyond atrocities and injustices.
“Great Festival, with good lessons in movies and also motivational”, Arqish a young member of the audience. This year’s highlight was the inclusion of mentally challenged children of Karachi Vocational Training Center with the help of Australia Awards. Australia Awards also invited Australian Alumni families and children from Garrison Public School in Lahore which was another highlight of the event. They seemed to really enjoy the show as It was their first ever interaction with the films, they clapped after every film they watched.
Australian alumni added “We never knew that such a great effort is being put up since so long in our city. Hats off to The Little Art”!!! “This is better than regular field trips that children are usually taken to. It’s a good way to expose them to a different chapter which enriches their mind”, Mr. Hasham, Father of a little boy Asad. In most of the festivals, they just audit films that will get a silver screen discharge, and surveys typically show up instantly preceding that show. Also, for some little, autonomous movies and their makers, a Festival screening is the best way to get appreciation for their films.
Once the show ended, the children got ready to leave the cinema hall, queuing up for the group photos and feedback, jumping with giddiness, smiling and chatting constantly about the films with their friends. It was this particular heart-warming sight that gave us the motivation required to continue the International Children’s Film Festival every year. Zoha Ali, an 8th Grader, from Army Public School was really impressed by “Mere Paas Cinema Hai”. Mrs. Irram Mughees, the elementary Coordinator from the American School of International Academics, said “the festival was quite economical and a great source of entertainment for Kids of all age groups and these movies would really help in the moral training of the kids”. 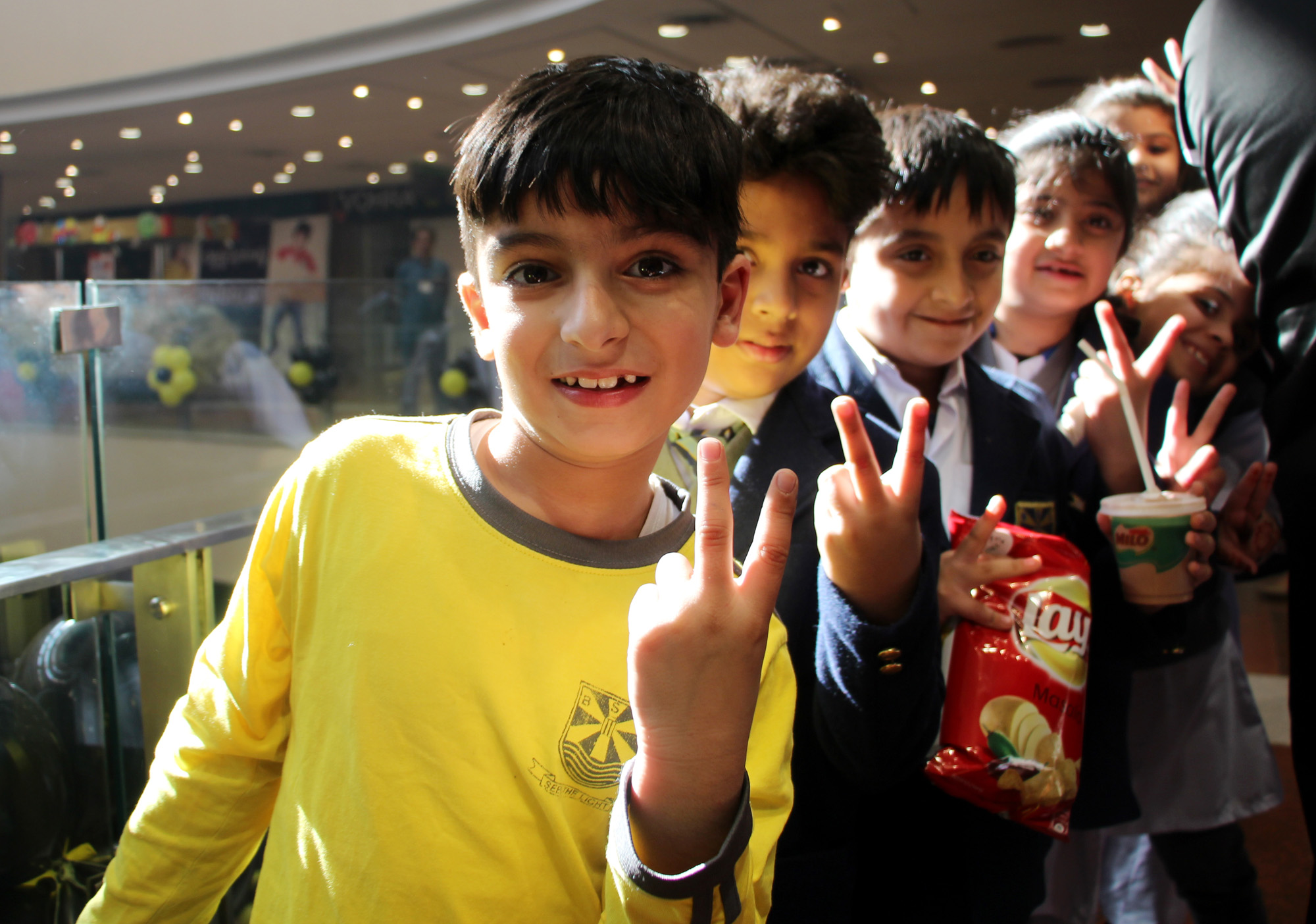 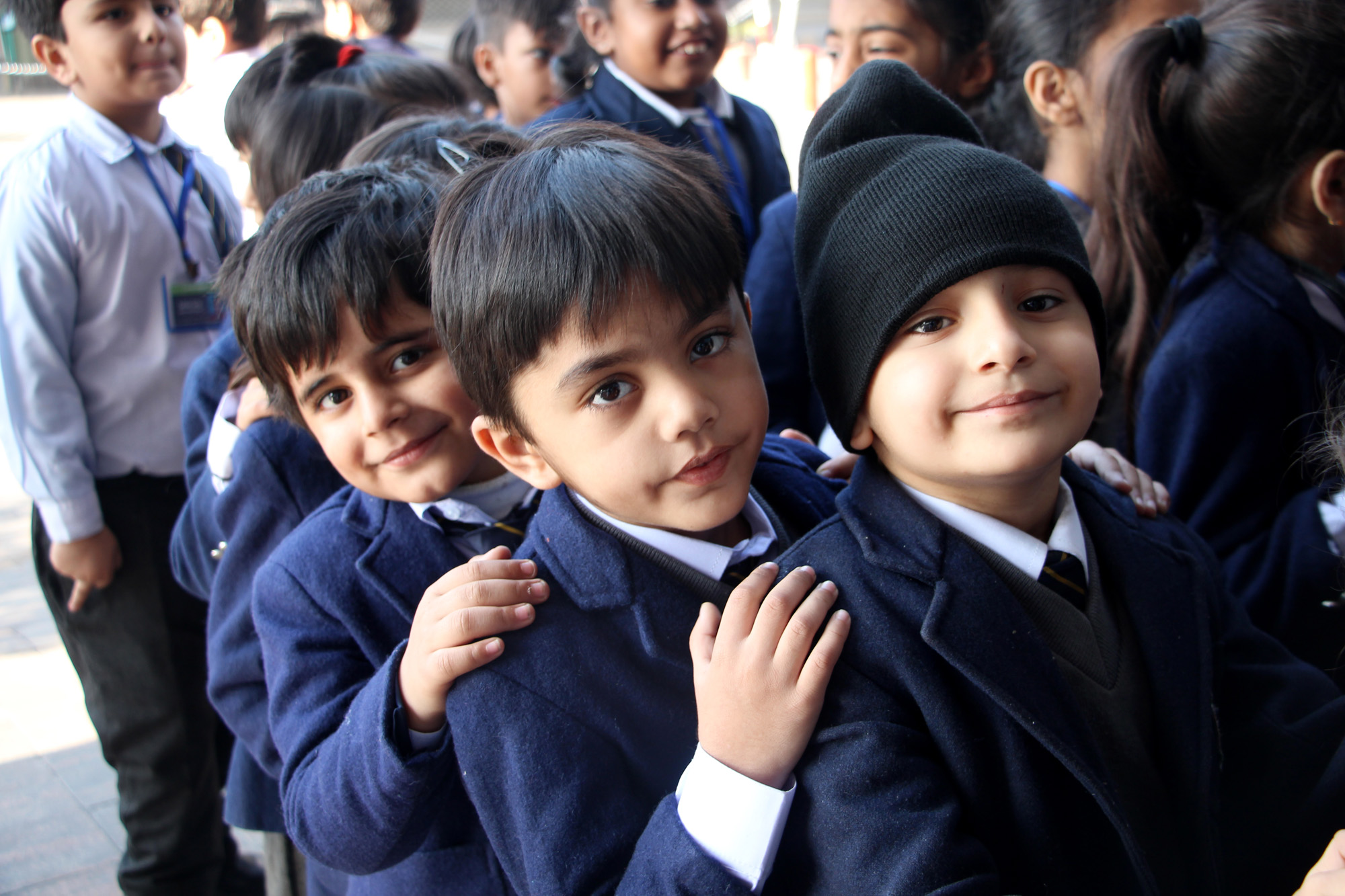 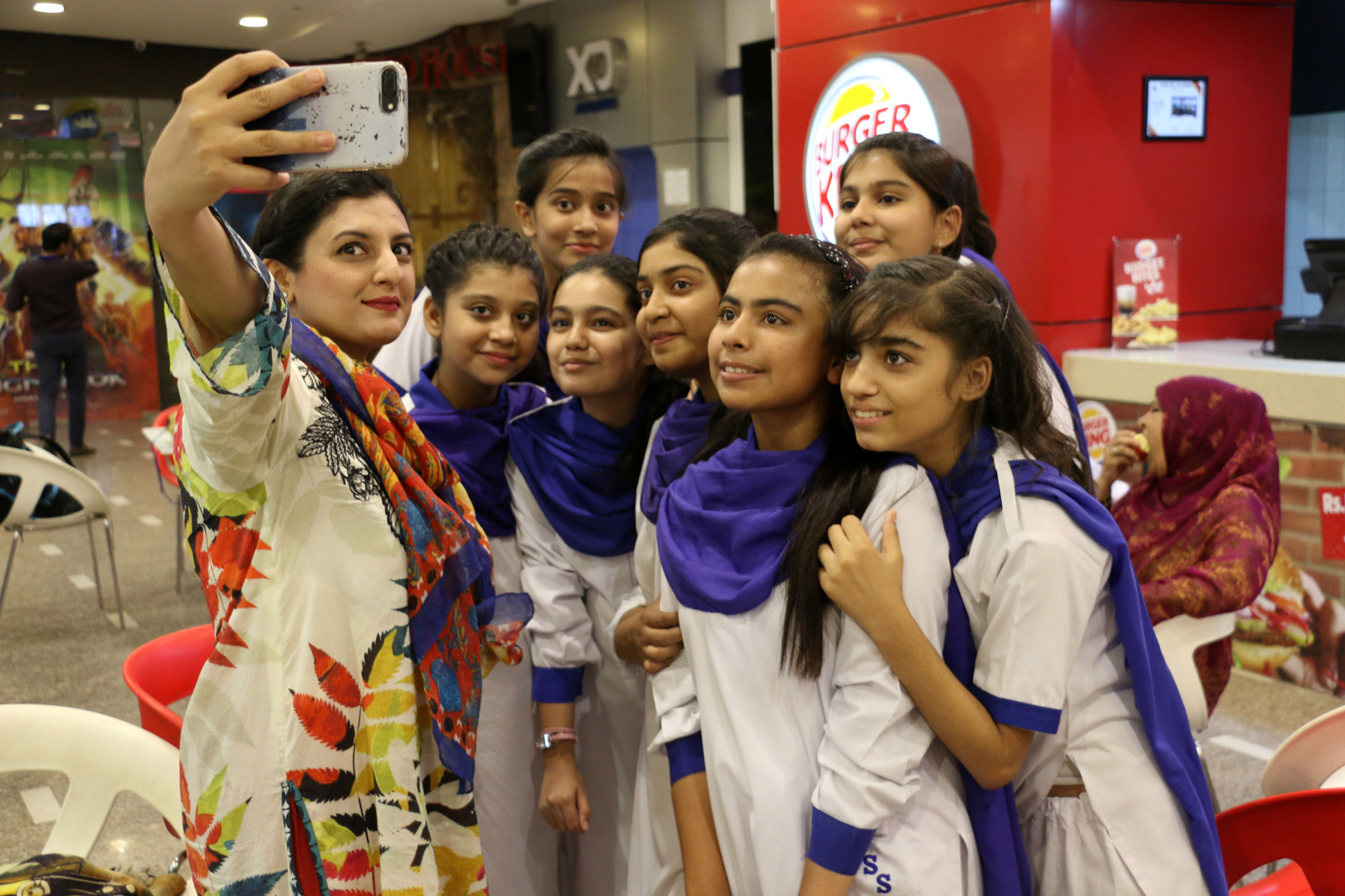 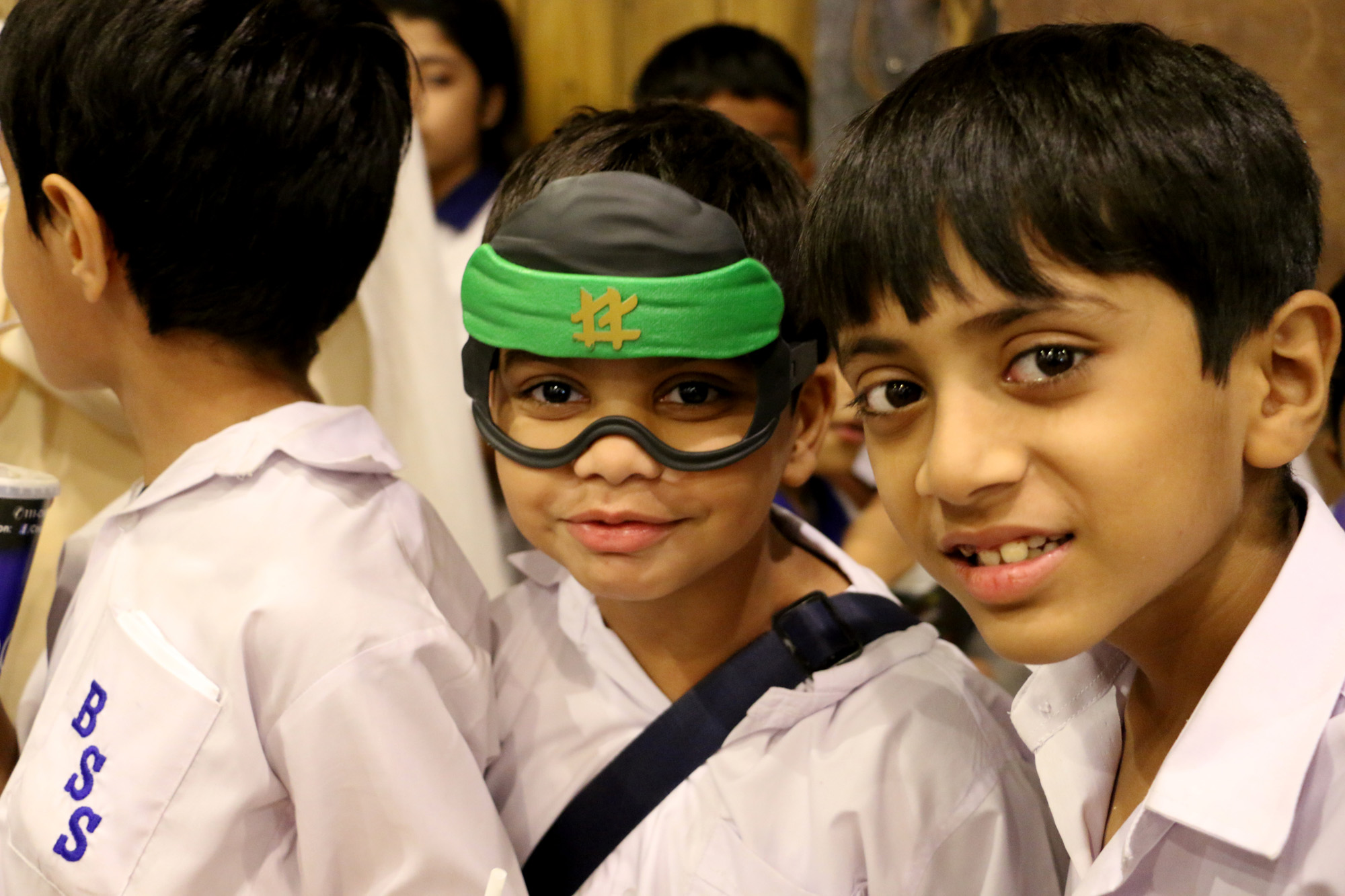 Another part of the Lahore International Children Film festival is the LICFF Young Programme. This year it was the 4th LICFF Young Filmmaking Competition in which an open call for submissions was given to children, schools and young filmmakers under 18 on the given theme of My City/My Story.
The competition’s aim is to give students and young adults an opportunity to showcase their talent in Lahore International Children’s Film Festival and earn recognition while representing their schools. The requirement of the competition is to make a short film (under 3 minutes) using a digital camera or high quality cell phone.
This year a record number of submissions were received approximately 82 films across Pakistan, out of which 30 were selected regardless of camera quality and technical details. Unique ideas were appreciated and short-listed for screenings at the festival. As per by the participants of the festival, it is an excellent opportunity for young filmmakers to showcase their talent and such initiatives should be taken more frequently. Winners were also announced at the end of the festival and are awarded with cash prizes and recognition by showcasing their films in the festival. 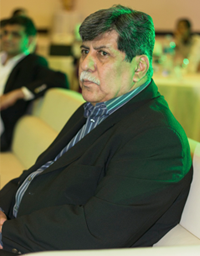 It was an extraordinary presentation of films at the festival this year especially the international selections that were exceptionally innovative. I would like to appreciate the great efforts of The Little Art and wish victory for their initiative for children in Pakistan.
Asghar Nadeem Syed, Playwright/Drama serial writer 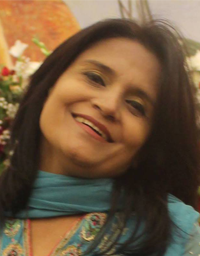 These are not merely films for children but a gateway to open their minds to new ideas. Through moving images they will be able to understand not only what is on screen but also what is beyond the frame; stories of life, experiences and relationships.
Wajiha Raza Rizvi 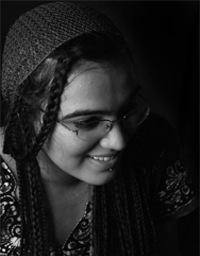 I was left speech bound by the selected films in the festival and it is always a great experience to see such creative and imaginative ideas by filmmakers.
Tazeen Bari, Director KINO Films

Superman is a Myth

Karachi – The Way I See It 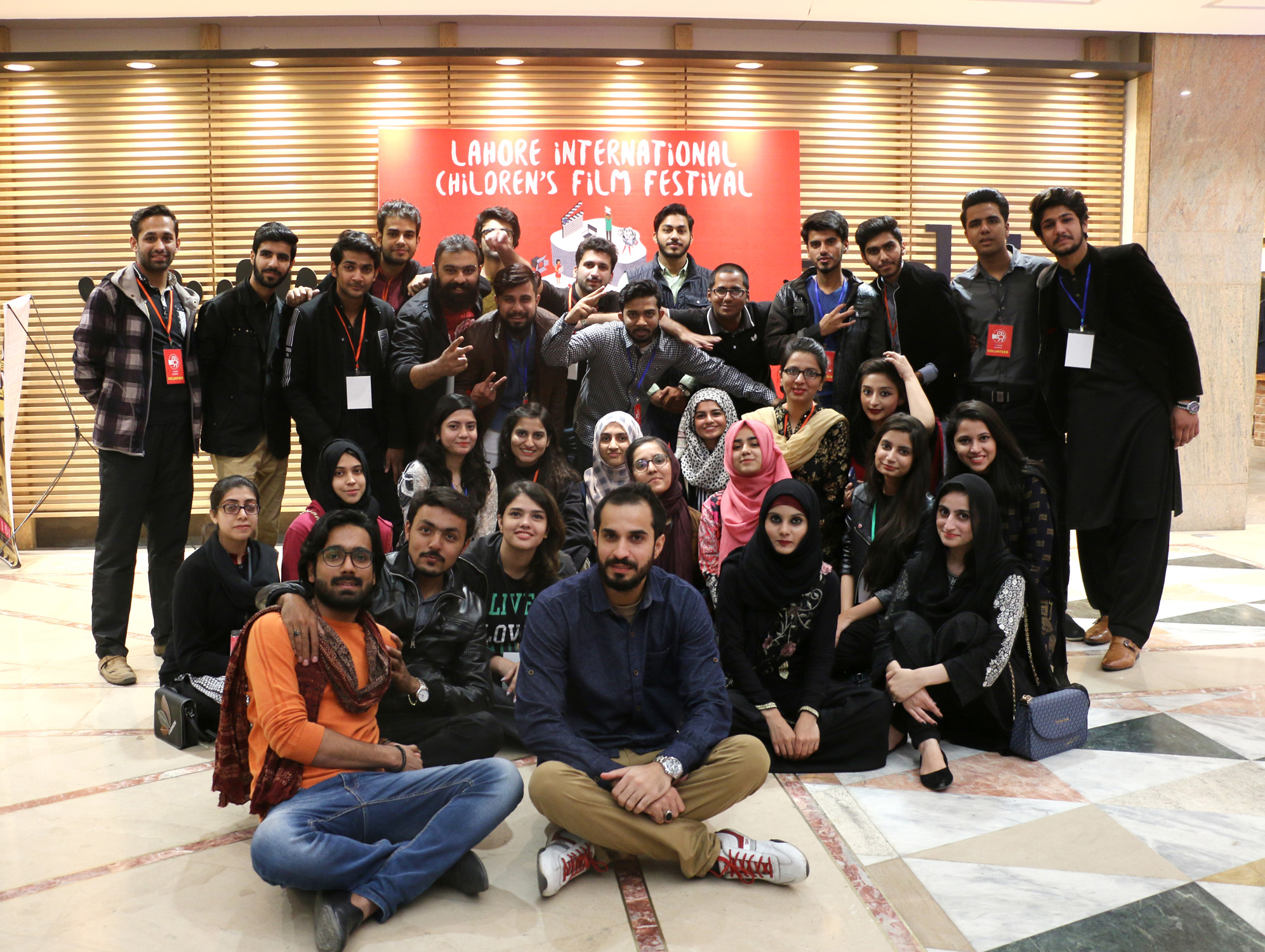 The festival’s message reached to nearly 550 private and public schools of Lahore and Karachi through its publicity campaign.
108,000 brochures, containing the program brief were printed and distributed.
3,000 posters were distrusted and placed in schools, family outlets, book stores.
A team of 68 volunteers worked with the festival in the publicity outreach and event management throughout the festival events.
Students from these institutions worked in various capacities with The Little Art in the Festivals. 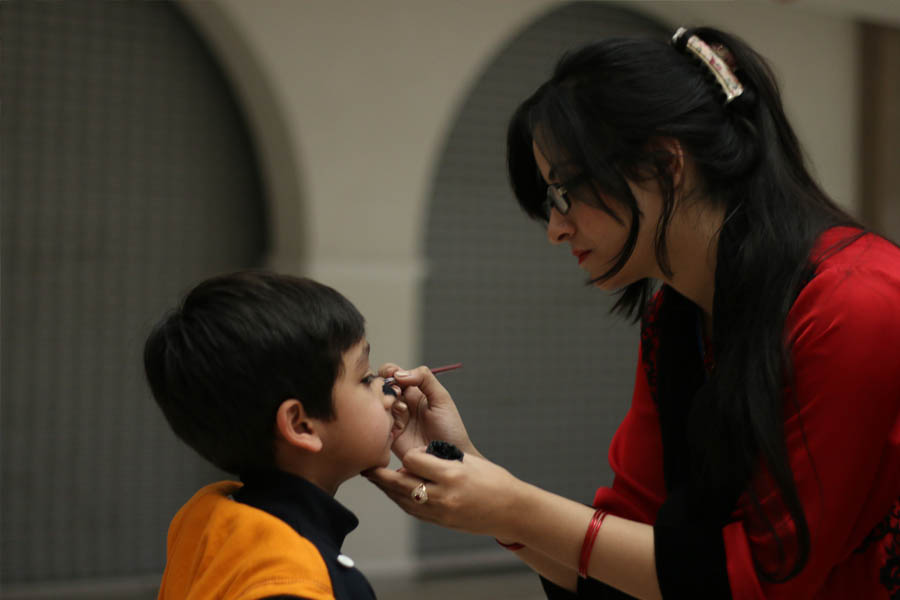 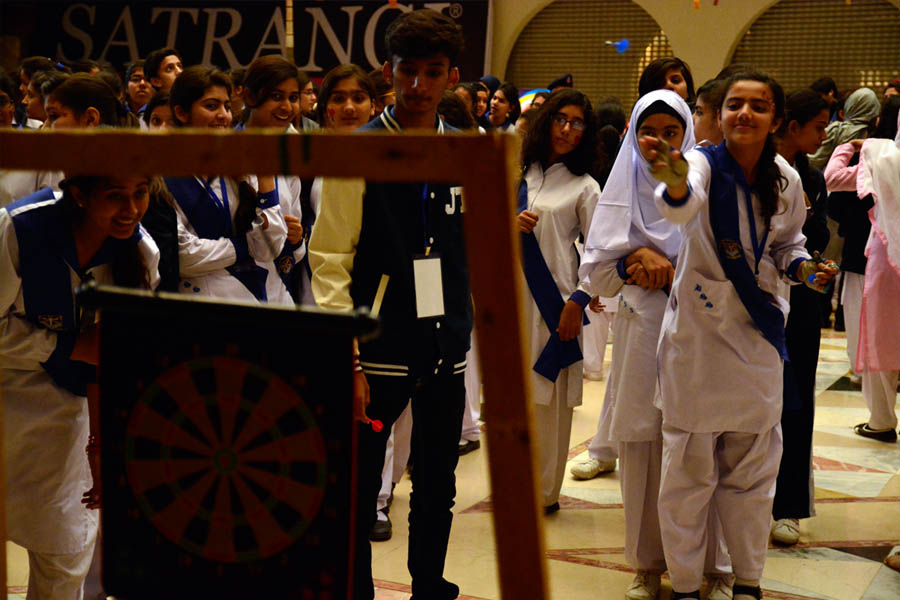 A big thank you

We are thankful to the following festivals and supporters for sharing content and their industry recommendations with us.

Charlie Swinbourne for films for deaf

Lahore International Children’s Film Festival is Pakistan’s largest Festival of its kind in Pakistan. It hosts its flagship event annually in Lahore and screens quality films to thousands of kids every year across Pakistan.

About The Little Art (TLA)

The Little Art is a non-profit arts education organization that produces LICFF. The organization aims to use arts to create inclusive learning environment for children and youth through its various programmes. https://thelittleart.org/